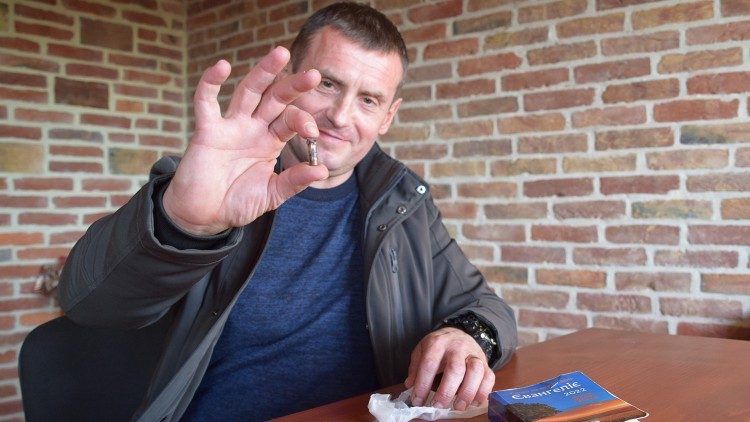 Gospel 2022: A Word for Every Day, a Pauline publication, was in a backpack on the rear seat of a military vehicle, when its Ukrainian driver, Yuri Bovt, was suddenly caught under a hail of Russian artillery. To his amazement one of the bullets, which could have fatally wounded him, penetrated the center of the book in his tote bag and lodged there. Although wounded, Yuri survived the gunfire and recounted this event with fervent thanksgiving to the divine intervention that had saved him.

“When I was sent to the front lines,” he said, “I wanted to take the Gospel with me: a small, pocket-sized text containing a thought for every day. I’ve had that little book with me since the beginning of the war….” Gospel 2022: A Word for Every Day is published by the SSP community in Lviv, on the Ukrainian side of the country’s border with Poland. When the time came to print this year’s edition, their typographers found it hard to purchase paper. So as to keep the price of each copy as low as possible, our Pauline priests asked their employees to use paper that was thicker than usual. Although not pleased with this decision, the staff complied. After learning that the thickness of the book had saved a soldier’s life, they now look back on that printing run with hearts filled with gratitude to God. 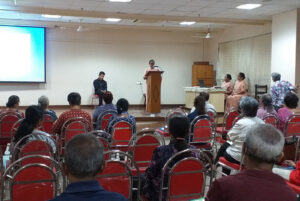 Growing with the Word of God 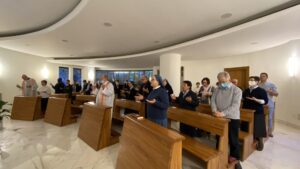 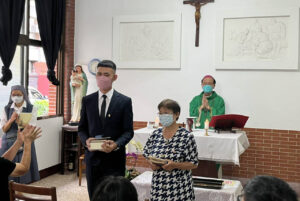 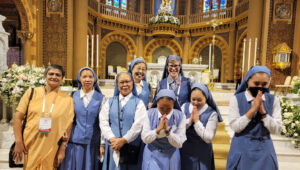