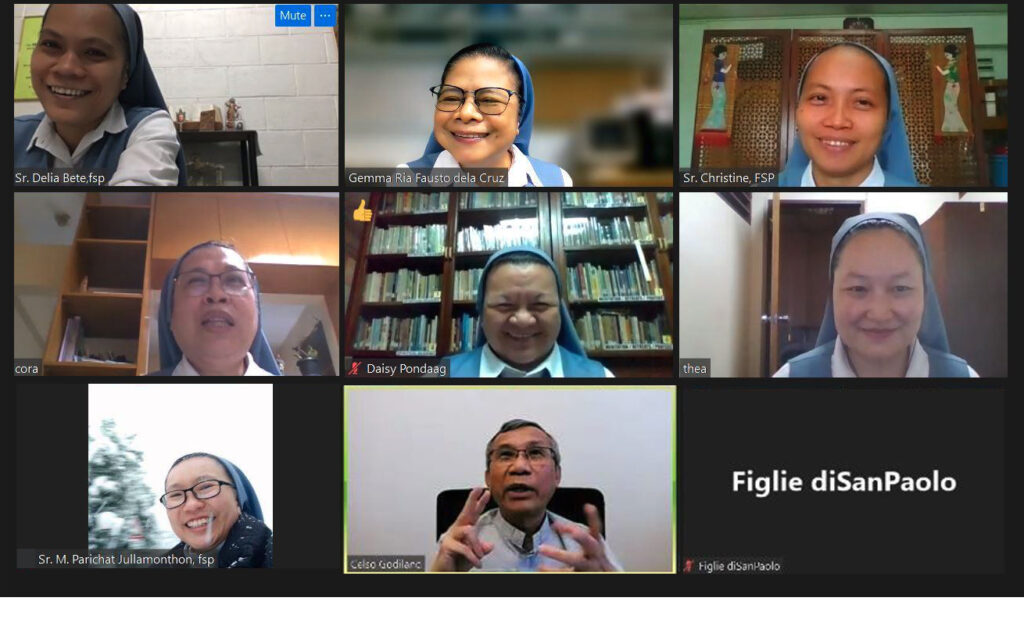 Our Philippines-Malaysia-Papua N.G.-Thailand Province (PMPT) held a 2-day formation meeting via Zoom on 8 and 15 August 2021. Five of the circumscription’s young perpetually professed sisters participated in the event, which is part of the Province’s formation project for the accompaniment of its young members.

The initial sharing focused on each one’s present apostolic involvement including the joys, hopes and challenges experienced.

The main speaker for the session of 8 August was Fr. Celso Godilano, ssp, who spoke on the theme: Moving Forward as Paulines according to the dynamics of the “four wheels” of the Pauline cart.

The following Sunday, 15 August, Sr. Christine Mesias, who is part of the International Consultation Group of young FSP’s (Consulta internazionale di giovani fsp) gave a short sharing on the series of encounters the group had had with the General Government, which underscored the themes of Redesigning and Pastoral work for vocations.

Her sharing was followed by a talk by Sr. Gemmaria dela Cruz entitled The Reality of Today’s Young People, highlighting that contemporary youth are the vulnerable victims of the bad use of media, and that part of our mission as apostles of social communication is to offer reparation for this.

The virtual encounter concluded with the proposals of our young sisters to continue this formation experience via zoom on a bi-monthly basis, to participate in online adoration for vocations every first Thursday of the month, and to collaborate actively with the vocation ministry of the Province especially through social media. 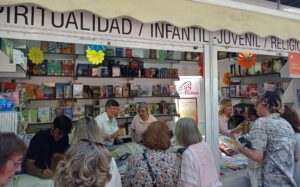 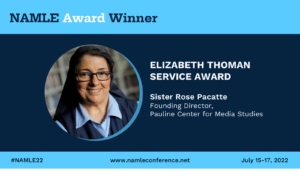 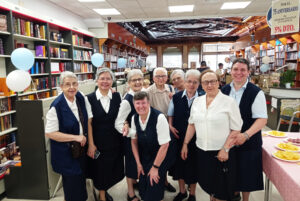 75th Anniversary of Foundation in Valencia 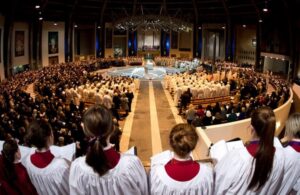 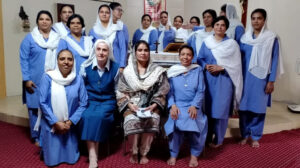 Promise of the First Pauline Cooperator