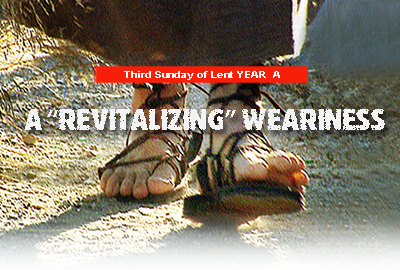 The Lord Jesus arrived in Samaria “tired from his journey” and stopped at Jacob’s Well. It seems odd that the Master, who never ceased to proclaim by word and deed the coming of the Kingdom of God, who was tireless in healing the crowds of people who press so close to him that he could barely move, who mastered the might of the sea and the power of evil, who didn’t stop to sleep so as to have time to pray…finally said, “I’m tired!” It must have been quite a journey to make him reach that point! John himself gives us a glimpse of the situation in the verses preceding the Lord’s arrival at the well.

When Jesus heard that the Pharisees were comparing how many disciples he was baptizing to the amount the Precursor was baptizing–almost as if there was a competition going on!–he set out for Galilee, almost as if to distance himself from the logic and polemics of his adversaries. Perhaps his weariness by the time he reached Jacob’s Well was the result of his “journey” through the nonsense that surrounded him and the first rejections of him and of the mission he wanted to share with his apostles. His heart and soul were even more tired than his feet, and so he paused at Jacob’s Well, where he met a stranger–a Samaritan woman who came to draw water at the most inconvenient time of the day, perhaps due to the fact that her personal life was too unconventional for her fellow-villagers to accept. She was a concrete example of a person who was different from others on the natural, social and moral levels. Jesus asked her for a drink of water so as to awaken in her a yearning for the gift he was about to give her.

But what role does his weariness play in this scenario? Probably the evangelist wants to underscore that, for the Teacher from Nazareth, this meeting with a stranger–a meeting with diversity–offered him the chance to revitalize his weary heart. In fact, isn’t it true that when we want to share something that is very meaningful to us, what we give the other person proves to be a blessing also for us? In offering love, we feel it brimming over in us too and thus experience that it is only in giving that we receive. Isn’t the same thing true with regard to faith? It is precisely in offering it to others that we feel our own faith revitalized and are more conscious of it. Without a doubt this is true for us, but Jesus is the Son of God! Nonetheless, his very human weariness was the same weariness we experience. It was part of the human nature that the Word of Life took upon himself so as to conform us to himself through the grace of Baptism. His humanity, marked by weariness, weighed down by sin on the cross, becomes our point of encounter with God, who gives us the living water of his Spirit of Love. He comes to meet us in the “sanctuary” of our humanity so as to transform our weakness and weariness into an occasion from which we can draw grace and become in our turn “springs of water” for the diversity of people we meet in the deserts of this world.

Lord, we stand before you
like the Samaritan woman,
yearning for your acceptance, understanding and love.
Help us draw from your tired and pierced heart
the strength to transform our broken wells
into springs of water for the world. 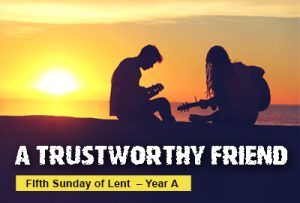 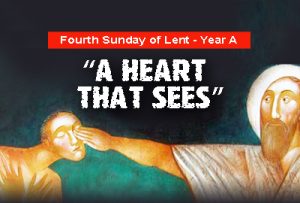 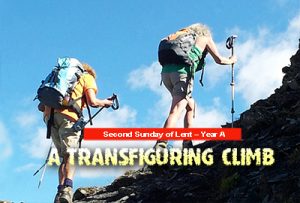 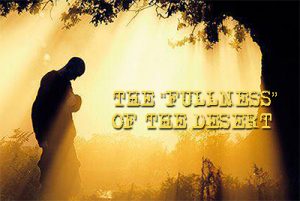