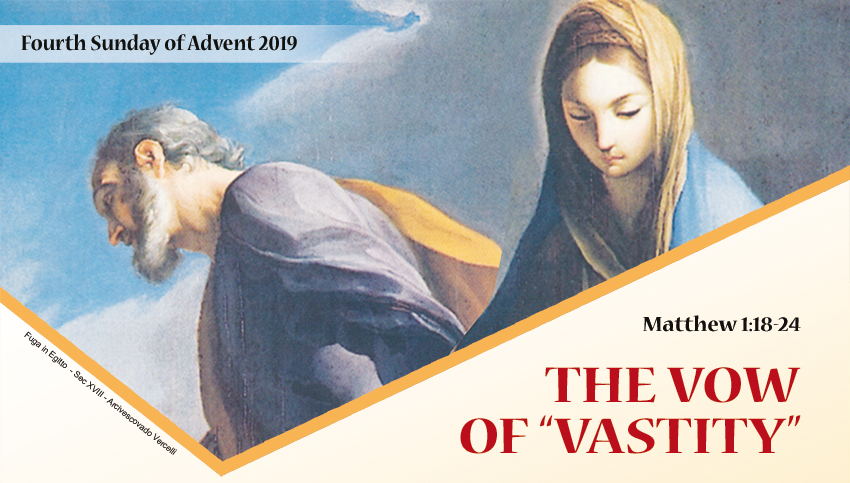 In this passage, Joseph is defined as an “upright man.” He was reluctant to take Mary and the child into his home not because he believed his wife to be an adulteress, but because he considered himself upright.

The bottom line is that we Christians suffer from the same illness as Joseph: that of considering our relationship with God from the standpoint of retributive justice, imagining that the good we receive is based on our moral behavior. Instead, it is my misery that will always be the measure of God’s mercy. Joseph, an upright man, is therefore called to be super-upright. And when all is said and done, the “super-uprightness” required of him in this situation coincides with the virginity of Mary, who was willing to receive a gift that did not depend on her own physical, moral, much less religious, capacities. Mary did not say: “I can’t accept this gift because I don’t deserve it.” Instead, her answer was: “Precisely because I have nothing worthwhile in me, nothing to be able to count on, I am in a position to receive everything.”

Mary is the woman who made a vow of “vastity.” Those who are poor yearn for the infinite; those who are proud are only open to a possibility of fulfillment that corresponds to what they are able to accomplish.

Behold, the virgin shall be with child and bear a son, and they shall name him Emmanuel, which means “God is with us”.
(Mt. 1:23) 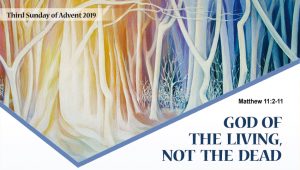 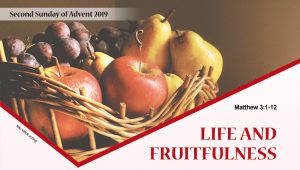 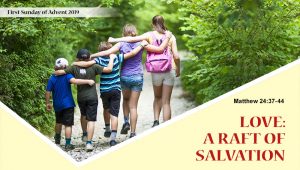