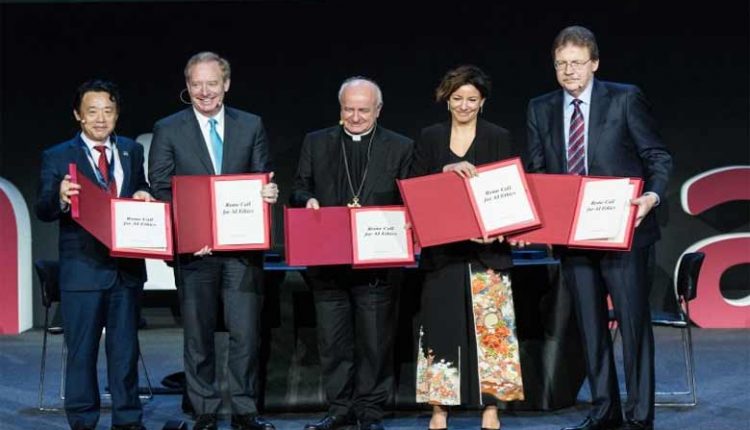 Many experts and prominent individuals recently took part in a Workshop entitled The “Good” Algorithm? Artificial Intelligence, Ethics, Law, Health, organized by the Pontifical Academy for Life and held in the Vatican. At the end of the event, the participants were asked to ratify a Charter entitled A Call for AI Ethics.

The first signers of this new document were Brad Smith, president of Microsoft, and John Kelly III, vice president of IBM. The Charter is a concrete appeal with an open structure that takes as its starting point a fundamental principle, namely: artificial intelligence must be at the service of humanity, not vice versa.

In a speech to the assembly, Pope Francis said: “The digital galaxy and what is called ‘artificial intelligence’ are at the heart of the epochal change we are going through. Digital innovation touches all aspects of life and affects the way we understand the world and ourselves.”