According to Fr. Alberione, the revelation of the Eucharistic Jesus to him on the night between the two centuries was decisive to understanding his vocation: “The night that divided the last century from the present one was crucial for the specific mission and particular spirit in which his future apostolate would come to light and be lived out…” (AD 13). Young James perceived with greater clarity the invitation of Jesus, “Come to me, all of you”: “Particular enlightenment came from the Host and a greater understanding of that invitation of Jesus, venite ad me omnes. He seemed to comprehend the heart of the great Pope, the Church’s call for help, and the priest’s true mission” (AD 15).

He felt compelled to respond to the appeal of the Lord and to associate other people to himself in this endeavor. He had a clear grasp of his nothingness, but at the same time he realized “that he could count on the Host, on Jesus, for light, nourishment, consolation and victory over evil” (Ibid.)

An intensive intellectual formation was indispensable for accomplishing that mission, but he and his young followers were able to devote only a few hours to study. Hence his conviction that he needed to receive help directly from God, which led him to make a very precise pact with him, in a climate of strong faith: “This faith is essential in the spirit of the House (as he called his Institute): just as its spirit is new, so too it possesses new means.
A main and essential part of this spirit is the faith to learn without prolonged study” (these words of the Founder were recorded by Timothy Giaccardo in his Diary entry of 13 March 1918). Alberione then explained the nature of study in his “House”: “Study for half the time [necessary] and learn double the amount,” that is to say, study for one hour and learn for four.

Even more necessary for the lofty mission he had received was a decisive orientation toward sanctity. In view of this, Fr. Alberione taught [his followers] to intensify their race along the path to holiness: “A multiplication  must take place: making one effort, you must achieve the results of ten [efforts]; making one examination of conscience…[you must] progress in holiness as if you had made ten examinations; one Communion [must have the effect] of ten Communions…because the Lord is calling you to a very high sanctity, which you cannot reach through your own efforts and with ordinary graces… One million, three million, ten million souls weigh on your conscience… This is why you must be very holy–much more holy than ordinary priests. It concerns saving many souls: saving ten million or saving just one million…” (Giaccardo, Diary, 25 January 1919).

Later, the areas specified in the Pact would become four, in keeping with the four wheels of the “Pauline cart”: to study and holiness, the Founder would add the apostolate and poverty.

Even in the first formulation of the Pact (prior to 1922), awareness of the lofty mission received is very evident: “We must correspond to your very high will, arrive at the degree of perfection and heavenly glory to which you have destined us, and carry out our divine apostolate with humility and holiness for your glory and peace to men.”

And the proportions were very specific: he asked the Lord to answer his plea by “enabling us to learn four for one, by giving us holiness ten for one, proficiency in our work five for one, and material goods six for one.”

As we well know, two trustworthy guarantors are involved in the Pact: Mary, Queen of Apostles and St. Paul the Apostle.

Since it concerns a pact–a contract–the commitments of both parties are clearly set down, as can be seen in the first handwritten version of the text:

– on our part: “Trusting in your mercy, we promise and commit ourselves to seeking wholeheartedly, in all things, in life and in the apostolate, only and always, your glory and peace to men”;

– on the part of the Divine Master: “We trust that on your part, you will give us everything else: a good spirit, grace, knowledge, the means for doing good. According to your particular mercy for us, multiply the fruits of our spiritual work, of our study, of our apostolate and of our poverty.”

Let us live the anniversary of the Centenary of the Pact as a precious opportunity to enter more and more into the spirit of this covenant, which clearly is not just a prayer to be “recited” frequently, but a genuine Pact to make our own and live with deep faith. 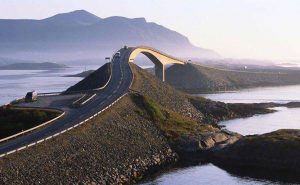 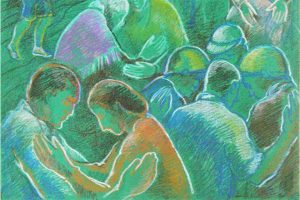