is the signature of our apostolic activity, its seal. It is not simply the sign of a communications instrument or activity; it is in itself an element of communication, telling everyone who we are and what we do to proclaim the Gospel through the media.

It is a sign of unity because it shows the centrality of the Congregation’s mission in the variety of its works throughout the world.

It is a sign of recognition and a means of interacting with other organizations, with individuals and with public opinion.

Our trademark is our image. Every trademark, above all one that is used worldwide, should convey an image of the organization, its inspirational criteria and its activities. It should be unifying and appealing.

Even in synthesized form, that is, when the “heart” of our trademark is used–the letter “P” by itself superimposed on an outline of planet earth–the visual impact is immediate and communicates a complete and striking message. 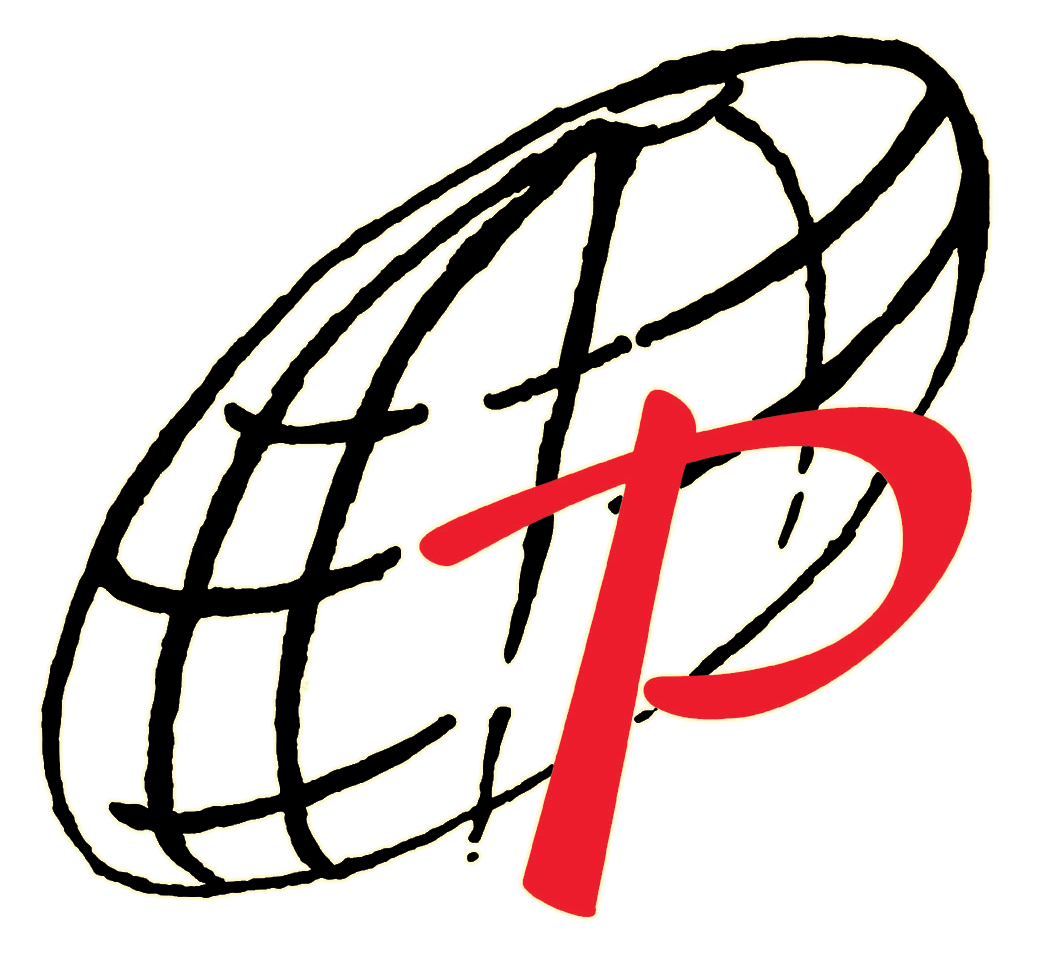 How Was It Created?

The evangelizing activity proper to the Daughters of St. Paul is carried out in today’s world, here and now. Consequently, superimposed on the globe is the letter In response to a request that emerged in a survey taken of all the Daughters of St. Paul, our trademark sprang from the idea of presenting the world as a universal space for proclaiming the Gospel. The intention was to interpret the command of Jesus: “Go out to the whole world” and was meant to evoke the vast field of evangelization. What is more, it was also meant to evoke dynamism, a missionary spirit and a sense of “straining ahead”…all values specific to the Pauline mission. For this reason, the planet appears to be rapidly-drawn; it slants forward, representing the whole reality that needs to be reached through evangelization, the “global village” (earthly space) in which the Daughters of St. Paul dedicate their lives to communicating Christ with the instruments of social communication; and a territory and human situation in continual evolution.

The world is depicted as a sketch–fully-formed spaces combined with empty ones; bold, firm lines combined with lighter, more indefinite ones. The world is imperfect and searching; it needs our contribution to reach fullness. It challenges our responsibility to history: “to do something for the people of our time.”

The evangelizing activity proper to the Daughters of St. Paul is carried out in today’s world, here and now. Consequently, superimposed on the globe is the letter “P” = Paul, Paulines: with the world, in the world, at the service of the world.

As an extension of the letter “P”–almost as if emerging from the earth itself–is the word “Paulines,” which is our trademark.

It is expressed in different languages, but in each case the intention is to remind everyone that we are Paulines. The character of our trademark is clear, strong and dynamic, but at the same time it is also elegant and feminine.

Basic colors were chosen. Black is a sign of profound reflection and evokes a sense of solemnity and introspection.

Red conveys dynamism, courage, decisiveness, activity and martyrdom. It is a spur to action, an expression of energy and vitality. But at the same time it radiates calm majesty.

Black is an essential color; the basic color for writing. Reproduced as a negative, the trademark becomes white, making it luminous and striking.

White is a sign of infinity, purity, equilibrium, fidelity and openness.