Home » Testimonies of the Pauline Life » Prelude: to joy! 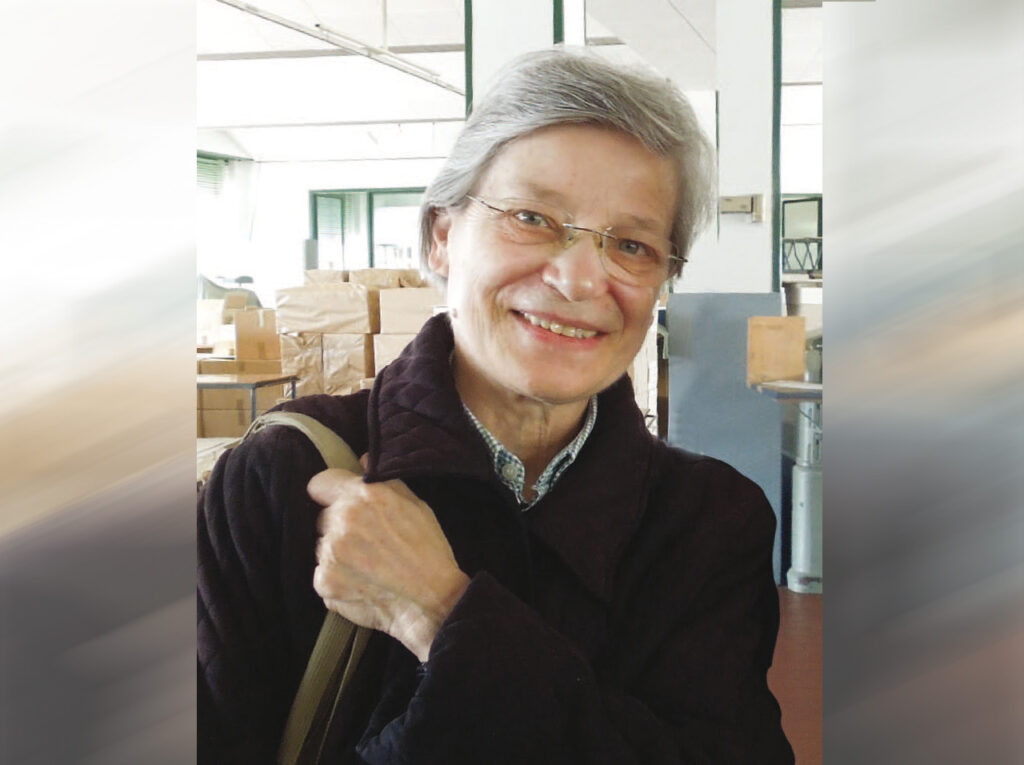 It was during the bombardments in February 1943 in Frascati (RM) that my parents, originally from Albano Laziale, lost everything. Hiding in the straw in a Papal State truck, they landed at night in Umbria at the gates of Assisi in a little village called Bettona. I saw the light between a bomb and anti-aircraft guns, and discovered that “under the sun”, there was not only fear but also a lot of love around to welcome me!

One day, a colleague of my father’s, knowing of his artistic abilities, offered him a job in the Principality of Monaco, in the south of France.

In 1950, we crossed the French border. An unforgettable journey… and a new world to discover for my parents and for us children. Two years later, in August 1952, my parents wanted to return to Albano, at the cost of many sacrifices, in order to see their relatives again. It was our first return to Italy! The joy of my parents and of us children was enormous.

My father, a man of great faith, took advantage of this marvellous occasion to let me make my First Communion and receive Confirmation on 15 August in the Church of Maria Assunta di Propaganda Fides between Castel Gandolfo and Albano. For eight days, I was a guest of the Polish nuns of the Holy Family of Nazareth because one of them spoke French fluently. These were heavenly days for me. On the Feast of the Assumption, before Communion, Mother Bogna, the Polish nun, said in my ear with great determination: “Ask Jesus what you want and he will give it to you.” I did not think twice about it: “Lord, make me become a sister like them!”

The next day I entered the Pauline book centre in Albano for the first time, accompanied by two of my aunts from my father’s side of the family. They gave me a small book in Italian: La vita di Imelda Lambertini (The life of Imelda Lambertini) and a French-Latin missal, gold edged and in black leather! It was then that the very young sister named Assunta Cantone, who had recommended these gifts, asked me point-blank: “What did you ask of Jesus?” I answered honestly, because her eyes inspired confidence: “To make me a sister”. She replied: “A Pauline Sister, right?” I did not know who the Daughters of St Paul were; I only found out later. However, I felt very happy about her complicity in spontaneously sharing my secret desire, which had only been manifested to Jesus. This sister was beautiful, small, with loving eyes, happy but also clever. She spoke spontaneously in a language I understood. She did not ask me any questions to know if I was a good and obedient child! I immediately felt that she was a friend. Her way of being aroused a lot of curiosity in me: I would have liked to know what her secret was for being so happy….

Then we went back to France, and Sr Assunta started writing to me and praying for me. Unfortunately, every letter she wrote was opened by my father, who systematically underlined the errors in red, then closed it carefully and invariably wrote behind it: “Read, but not approved. Dad,” putting my budding vocation to the test!

I used to return to Albano about every two years in the summer. I looked forward to my visits to the book center where there reigned an atmosphere of happy, joyful people, united among themselves. Sr Assunta introduced me to her community at the Regina Apostolorum Clinic. I often played volleyball with them on Sunday afternoons, and noticed that even in games their joy was manifest. Then came the time for prayer, and seeing how absorbed they were in prayer led me to pray better.

They were all joyful, simple, quick-witted, and very happy in carrying out their apostolate. With great spontaneity and simplicity, they knew how to manage a book center, climb up to the pulpit of a church to explain the Word of God during the Gospel mission days, drive a van, endlessly unloading packages… Every day, as they entered houses, they sowed the seed of the Word, certain that God would then make hope sprout and nourish faith in the hearts of the readers.

Why were they so different from the other sisters? What was the secret they all kept? Their secret was Jesus whom they always referred to as Master! In fact, very soon I realized that their day was filled with many and varied activities but always with just as much time devoted to prayer before the Blessed Sacrament. Their basic serenity showed a different way of looking at and breathing in God, life and people. Therefore, it was worth giving myself to God in my prime, giving all my freedom to Him and Him alone. I began to imitate them in wanting to breathe joy by practising trust in God.

I discovered over the years that in the Pauline apostolate, I would find an answer to my growing thirst for the Word of God but also space to nourish my love for art made up of sound, image, literature, color, movement, feeling, and physical strength. So I entered the Daughters of St Paul in Rome with the freshness and strength that a young woman can have when she falls in love. It was a free choice. Everything in me was fascinated by the ideal that I had breathed in through my contact with the Pauline sisters: to follow the voice of the Beloved revealing to me his love and to accept being sent to all men and women, his creatures, to tell them of this love of God, with the instruments of communication and through my witness of joyful life. 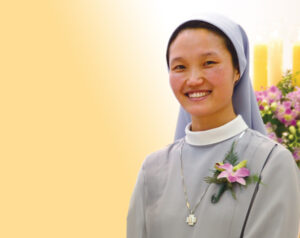 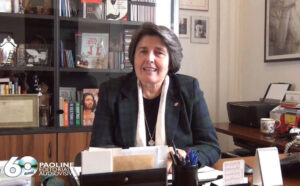 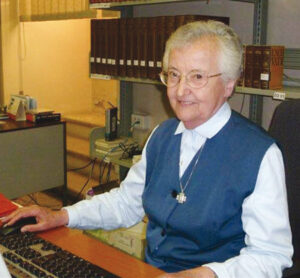